No Bikinis or Six-Pack Abs

My Change through Challenge class takes their final exam in three weeks.

The "final:"  a marathon for four of the students and a half-marathon for another student at the Rock n Roll Marathon in Phoenix on January 18th.

Both events are distances that less than 1 percent of the American population HAS ever or WILL ever run or walk.

I have to admit, there are no "Biggest Loser" testimonials this semester about students dropping big pounds to squeeze into new bikinis.

Nor has anyone displayed newly developed ripped, six-pack abs from the training.

They have goals of peeled-off pounds and chiseled physiques.

Only to realize that the changes are indeed profound.

It's not to say the students don't get in great shape.

I mean, hey, training for a marathon requires a guy or gal to run for a very long time.

Many times per week.

Which is why marathon training is so powerful.

Than just bikinis and six-pack abs.

Let's face it,  there are easier ways to get a "beach-ready" body than getting up before sunrise to run 20-miles at the Highline Canal when it's 10-degrees outside!

But distance training builds a mental toughness and resolve to conquer much, MUCH more than going 26.2.

Indeed it builds the character to conquer the bigger distances of life:  overcoming the business failure, finishing that degree at age 30 whilst working full time to support three kids, or summoning the courage to end that bad relationship.

These are the REAL distances marathon training enables one to conquer.

When the students and I fly home from the race next month, I know one of the students are going to ask what type of training they should do while their legs recover.

I'll tell them to do the usual recovery type of stuff.......

Because it'll be Summer before we know it.

And you know what that means.

And who doesn't want to look good in a bikini?


Posted by Andrew Michael Johnston at 4:14 PM No comments:

One of the best things about the morning runs with friends is what happens AFTER the run.

And I don't mean the "crappy powder with fake marshmallows and add hot water" kind of hot cocoa.

I am talking the REAL stuff. 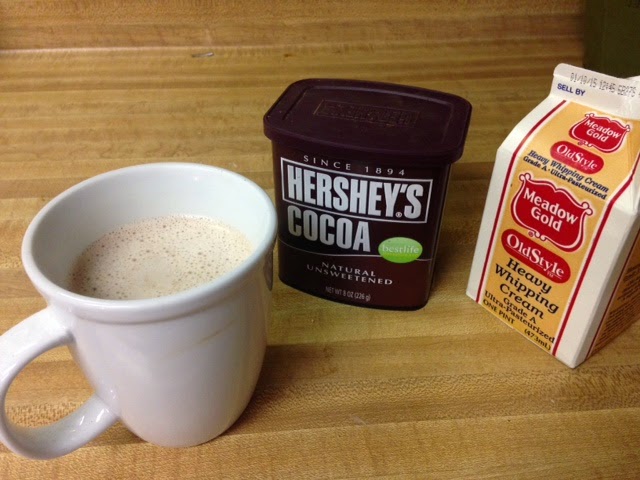 Nothing like sharing real, honest piping hot cocoa from a stainless steel thermos with friends after pounding repeats on Green Mountain in 20-degree weather under moonlight.

And....it takes a little longer to make in the morning.

But its worth it.

Because it makes the experience so much better.

It's from the heart.

Ultra running legend Scott Jurek mentions in his book "Eat and Run" that the simple act of cooking is an act of love.

I think there are other simple activities that can be acts of love:

Teaching someone how to oil paint.

Reading a story to a child.

Or even uttering the words: "let's go running."

But they make for great experiences.

Because they require more than passive attention or opening a package and adding hot water.

They come from the heart.

My wife and I were invited to a Christmas service at a church we would not normally attend.

I suspect we share a completely different world view than most of the congregants.

The service was beautiful.

Beautiful because of what it did NOT have.

No professional actors and a holographic Jesus.

Just a few string instruments and a choir.

And the singing of Silent Night with candlelight.

The experience was simple.

But it was real.

It was from the heart.

And that made it so much better.

I stuck to my goal of not buying any gift cards this Christmas.

Don't get me wrong, there are times when gift cards are the best option.

But over the years, I found myself using gift cards as a crutch.

A mechanism to replace the act of thoughtful giving with the efficient but superficial act of writing a check.

I guess it was last year that I realized that going to Safeway and placing dish detergent and Hamburger Helper in the same cart as the "gift" cards for my friends seemed far, FAR removed from the days of contemplating and surprising a friend with a gift.

But the older I get, the more it seems that the "slow and simple" beats the pants off "quick and convenient."

I plan on running Green Mountain and Lookout Mountain a few times with friends this week now that it's Christmas break.

The forecast calls for snow later this week.

I found a new cocoa recipe from Ghiradelli.


Posted by Andrew Michael Johnston at 4:41 AM No comments: